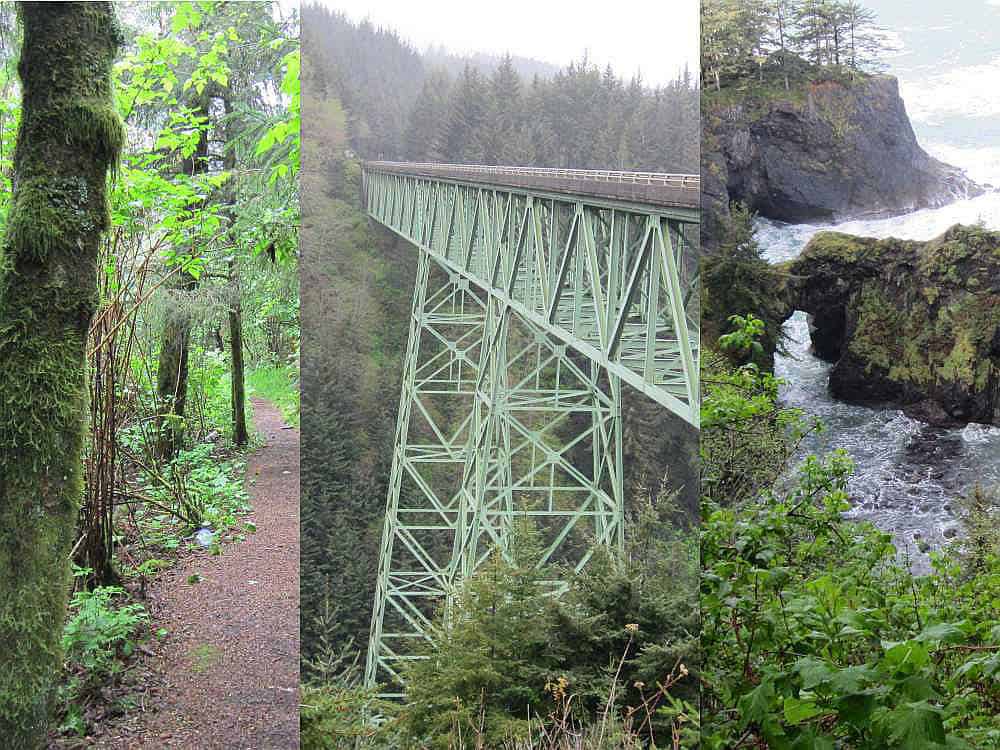 A plaque at House Rock in Samuel H. Boardman State Scenic Corridor, a 12-mile span of gorgeous southern Oregon coastal wonders, explains why a state park bears the name of this notable man (1874 to 1953):

Samuel H. Boardman, first superintendent of Oregon State Parks, dedicated twenty years of public service to conserving the best of Oregon’s scenic and wilderness areas. The park lands he acquired throughout the diverse regions of the state between 1929 and 1950 are the foundation of today’s state park system.

Acquisition of this rugged coastal preserve successfully negotiated on the eve of Mr. Boardman’s retirement was one of the memorable achievements of his career. In 1950 the state highway commission named Samuel H. Boardman State Park to honor the vision and personal commitment of the man who has come to be known as “the father of Oregon state parks.”

If you’re looking to plan a trip to a special section of the Oregon coast, Boardman State Scenic Corridor should be a top contender.

Since we were camping nearby in Brookings, my husband and I had a few days to explore the area. My goal was to hit all turnouts to assess the suitability for those with less time and limited physical abilities or energy. Below is a roundup of this information.

Except for areas that seemed too strenuous, which I have grouped together at the end of the list, the destinations are ordered south to north. Several of the stops are a good fit as 100 Steps venues, so links are included to their individual pages.

Cape Ferrelo Viewpoint is one of many spots in Samuel Boardman State Scenic Corridor that serves as a pass-through for the Oregon Coast Trail. You may find less crowds and more seclusion here. There is a single bench overlooking the ocean set atop this cliff. It is reached via level, but bumpy grass.

Climb seven stairs with railings followed by a short, paved incline through a small tree outcropping to reach a dedication pillar and semi-circle rock bench with ocean views in all directions but east. The pillar at House Rock Viewpoint bears a plaque with the inscription transcribed in the introduction above. The path looks deceptively steep from the parking lot, I believe due to the stairs. I thought I would have trouble heading back down, but it was actually no problem. A bigger issue was dodging the centipedes that covered the ground during our wet Spring visit. It was the only place in the Corridor we saw them, but here they were out in full force.

You’ve likely seen photos of Oregon’s tallest bridge. Some are from below, but many are from a steep angle on the side. One would think those side images were captured from Thomas Creek Bridge Viewpoint. But my husband ventured down the gravel trail that leads from the parking lot just south of the 345-foot high span, and could find no spot that offered a good vantage. Where were all those photos seen in magazines and calendars taken?

Determined to figure this out, as we were heading south from an outing to Gold Beach, just north of the bridge my husband pulled off on the opposite side of the road between the hill and a guardrail. Just wide enough for a car, it looks like this area may have been a parking lot for the bridge in days past. If our car was bigger or it had been a busy time of year, this would not have been a safe maneuver. From there, though, we had a good view of the bridge through a tall chain link fence. My husband stood on a rock to get several photos.

If you’re not height squeamish, you could walk from the south-side parking area across the sidewalk on the bridge’s west side, but it would be over 400 steps and risky to cross the road to the northeast parking area (likely the very reason it’s closed off from traffic).

As you can see, we could find no close and guaranteed safe way to view the bridge’s trusses. If you know of another approach, please let me know!

The sign at Thunder Rock Cove Viewpoint says “10 minute walk”. I knew that pertained to a more able-bodied walker, and I would not be able to attain the viewpoint. Large gravel covered the parking area and led to a narrow wood footbridge over a water runoff. My husband expected me to turn back, but I was not dissuaded. After plentiful ocean vistas, I wanted to walk in the forest. My plan was to walk 100 paces into the trees, and then turn around.

Once my husband helped me across the footbridge, I stepped into the woods onto a loamy, sometimes mushy, path littered with tree debris and the occasional large winding root. I felt like I had entered the enchanted forest. The distant echo of ocean waves lapping the shore was a lovely backdrop to the mossy branches and rich air.

I found no bench or rock suitable for seating. After my designated 100 steps my husband scouted ahead while I waited. He reported more of the same, but declining rather than level. So I kept to my plan and returned, thoroughly satiated by my forest stroll.

Arch Rock Viewpoint is probably the best known and most visited trail in Samuel Boardman State Scenic Corridor. It’s not-to-miss if you’re looking for a hearty walk full of sea and trees. Full coverage is on this 100 Steps page: Arch Rock Viewpoint.

There are signs denoting other stops along the Corridor’s drive. Some are not mentioned on the Oregon State Parks brochure for Samuel H. Boardman State Scenic Corridor. They are all additional outlets for the Oregon Coast Trail. Each starts with a steep trail, uphill or down, leading into dark forest. Other than Spruce Island Viewpoint, which has a view from the turnout, I saw no benches and no nearby views. I assume each path eventually emerges at a clearing overlooking the sea, but all were too daunting for me.

Unless you feel like exploring on unknown terrain – rather than the other sure bets in this beautiful state park – my recommendation is to skip them.

::: Folios Cheese Wraps Jarlsberg, Parmesan and Cheddar varieties trump traditional selections with gluten-free, lactose-free and low-carb options that are a… 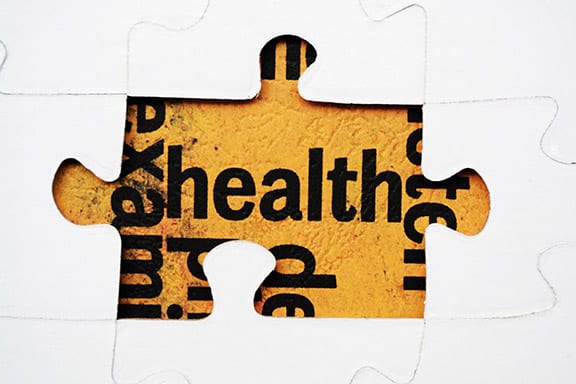 Experts address top 3 keto diet problems, provide solutions for each Embracing a new diet can be tricky at first. You’re… 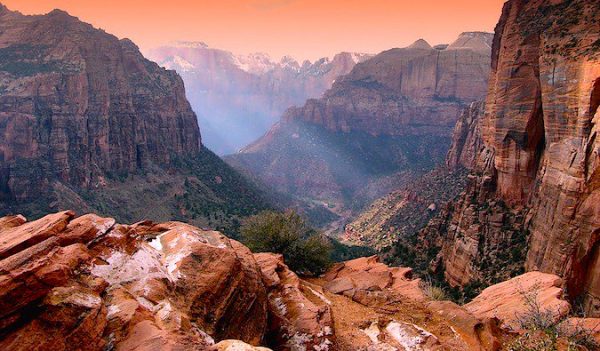 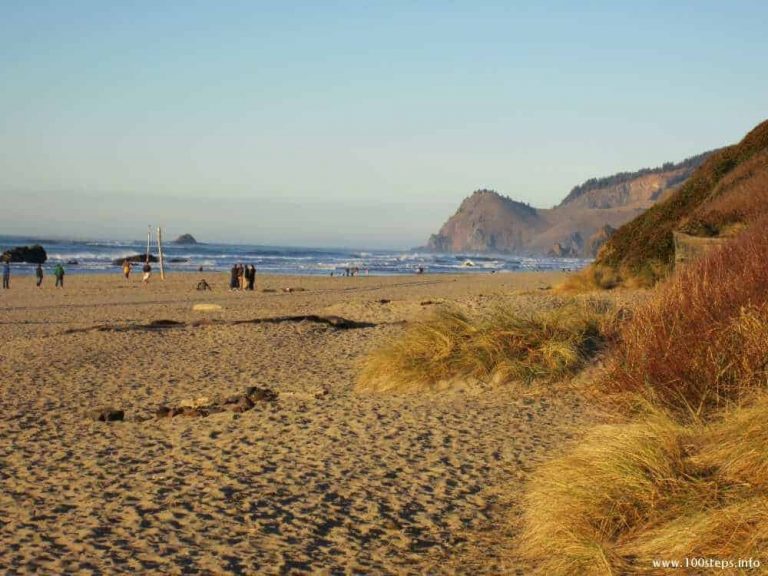