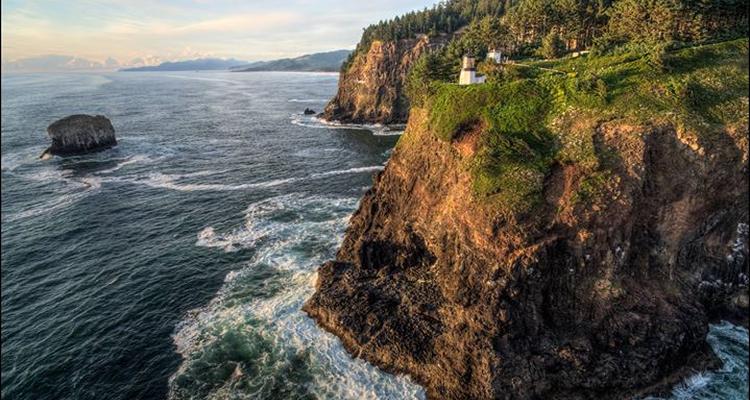 My husband and I visited on an absolutely stellar day in November. Clear and sunny, with virtually no wind – you really appreciate days like that when you can get them in Oregon. The half dozen other park visitors we encountered were all in good spirits due to the fantastic (and unexpected!) weather. I even took off my jacket as I enjoyed the southern view while my husband went to check out the Octopus Tree and lighthouse on his own. I spent the time gulping in the fresh air and devouring the view. It turned out it was the “calm before the storm”, and we experienced very different weather the next day (which was enjoyable in an entirely different way).

Cape Meares State Scenic Viewpoint is actually situated near a cliff edge. Although this viewpoint is beautifully laid out, with a wonderful system of walking paths, benches and informative signs, some of the attractions are not accessible for those with limited mobility. This includes the Octopus Tree (which is up a VERY steep hill, and is farther than 200 steps), most of the walking paths, and even the Cape Meares Lighthouse (see below for more information on this). There are still some great destinations at this Scenic Viewpoint with a low step count and manageable terrain.

This viewpoint offers a view of many miles of the Pacific ocean. Portions of the Oregon Islands National Wildlife Refuge (in other words, some interesting rock formations in the water…) are visible just off shore from the high cliff. Signage describes that birds nest in the cliffs visible to the north during the spring and other birds, including the once endangered peregrine falcon, are active at all times of year.

If you would like a longer journey on foot you can walk between the west and south viewing decks. If you do, you can pass through the welcome kiosk, which includes a collection of informative signs describing the area. The route between the decks (including the kiosk) has no seating, though, so if you need to rest plan to use the viewing deck benches.

If you would like a longer journey on foot you can walk between the south and west viewing decks. If you do, you can pass through the welcome kiosk, which includes a collection of informative signs describing the area. The route between the decks (including the kiosk) has no seating, though, so if you need to rest plan to use the viewing deck benches.

I debated whether or not this should be a destination. The literature on Cape Meares indicates the distance to the Cape Meares Lighthouse is .2 miles. I was not walking well on the day we visited, so I did not attempt to reach the lighthouse. I believe I could have made it to the part of the trail that looks down on the lighthouse…but the return was up hill. The incline coupled with the distance was enough to dissuade me from the attempt. Looking back, though, I wish I had tried it!

If you want to see a portion of the lighthouse without traversing the hill, you can actually stand in the parking lot between the two paths that converge to head to the lighthouse (at the topmost part of the “Y”). You can then see the top of the lighthouse through the tunnel of trees. 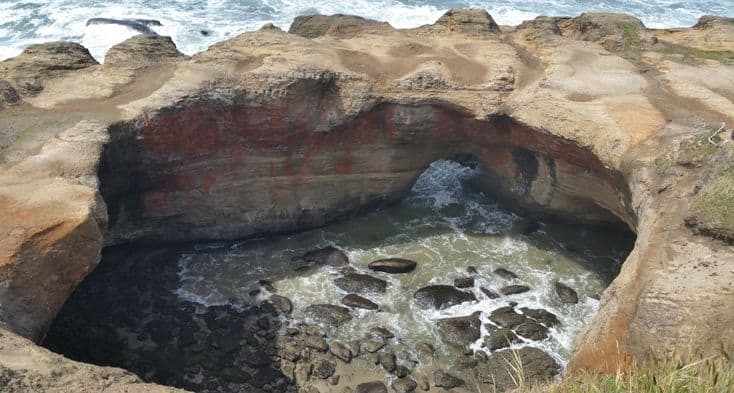 The first thing I noticed when arriving at Devils Punch Bowl State Natural Area was, strangely, not the ocean scenery. It… 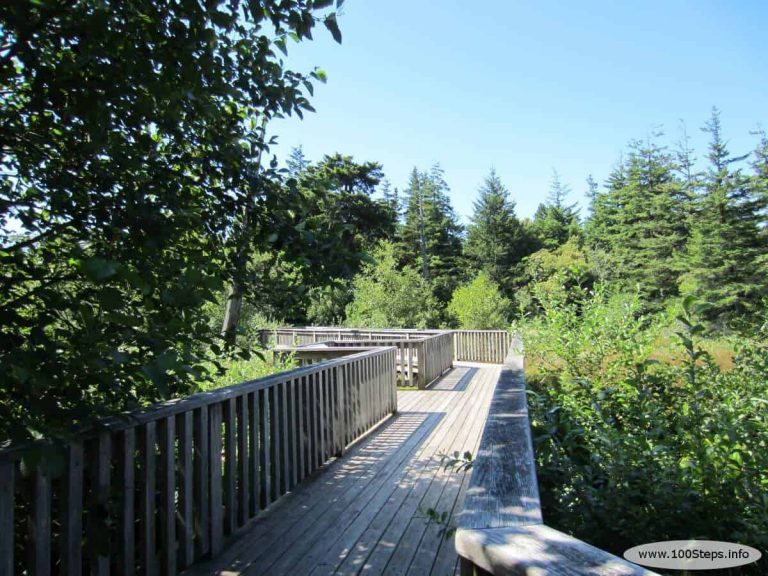 This interpretive walkway through the Port Orford Wetlands offers an educational experience in a marshy setting. Tucked away in a neighborhood,… 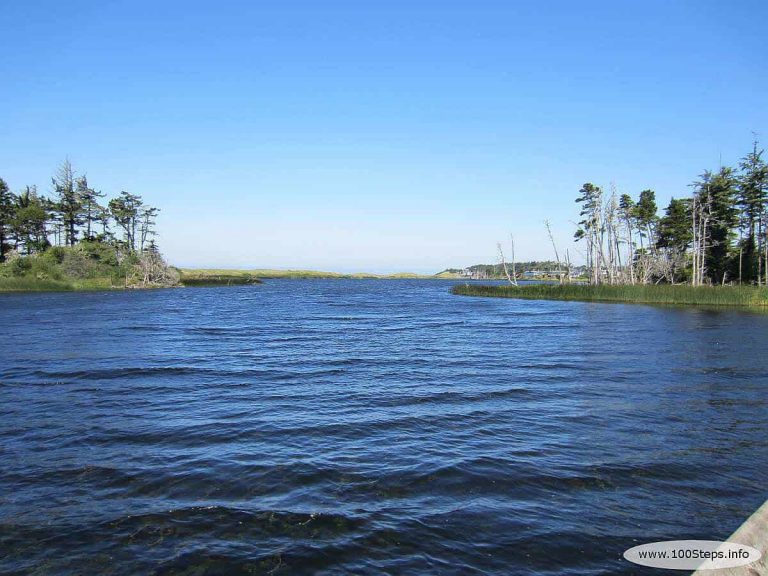 As my husband and I drove around Port Orford during our visit, I kept glimpsing a lake through the buildings and… 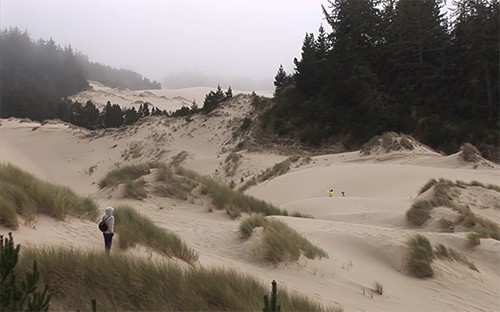 Although part of the Oregon Dunes National Recreation Area, miles of sand dunes south of Florence and north of Winchester Bay… 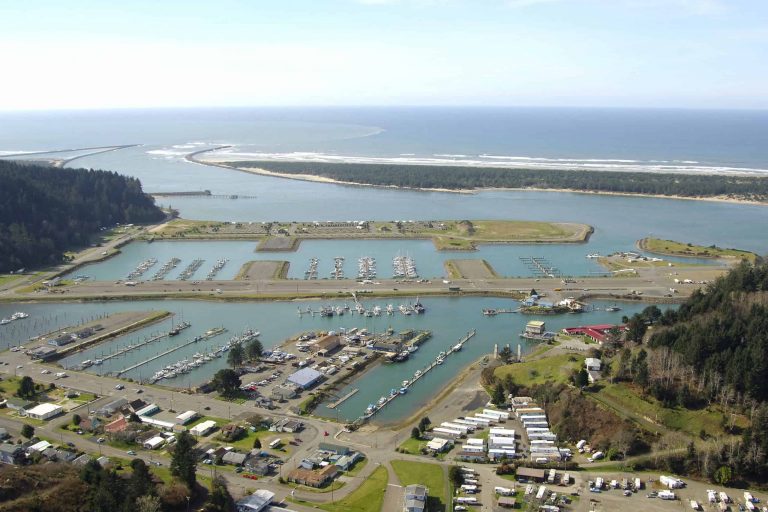